LOGIN TO VIEW THE PORT WERBCAM 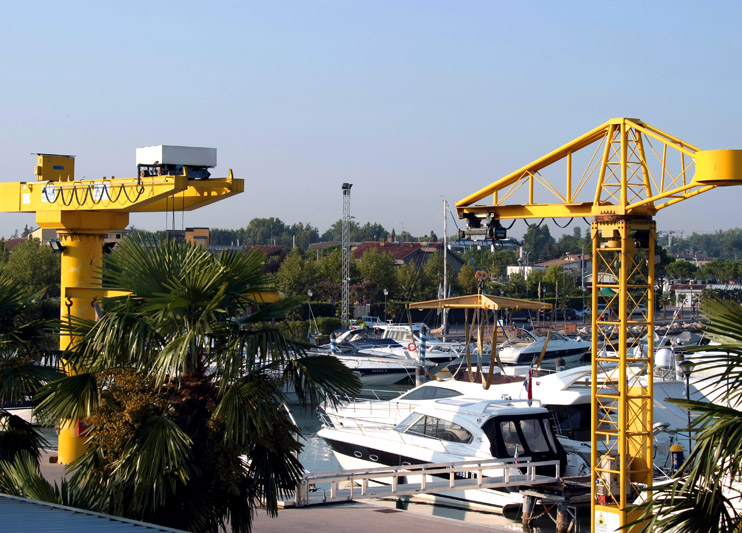 The creation of Bruno Manfredi Port company was due to manage the harbour activity, to which the name refers and it wants to remember who, as early as the '60s, after having transformed a marsh area in a touristic one, thought up and proposed the construction of a port in the same area of the lake, from which PORTO BRUNO MANFREDI rises today.

Bruno' s son, Gianfranco Manfredi, has brought to term a project whose realization, today, has reached its complete extent.

The development of tourism in the Garda lake area and the increase of shipping activities have in fact requested a wide availability of boat spaces and its related service, Peschiera del Garda, both for its geographical position as well as its development in the past years, which is still involving it with considerable importance, has resulted to be the ideal location for a harbour that provides to seamen all essential services.

Moreover, it has reached an integration into a touristical context that emcompasses everything, from some of the most important entertainment parks in Europe to a historical city of world-wide importance.